Do female serial killers exist? If you've watched your fair share of Crime Documentaries, and you know your True Crime Stories, you could easily be forgiven for thinking that the serial killing career is a purely male domain. Is it true or false? How can we prove it? So, this week we delved deep into the history books to uncover the answer, and the history books were unequivocal in their response to the question do female serial killers indeed exist?

By way of example and to make the case, let's begin by telling the true crime story of a widower(twice over) by the name of Belle Gunness, her husband(s), her male acquaintances, her children, and her mysterious ending.

It all starts innocently enough. We meet Belle in the year of her birth in 1859 in Norway. At the age of 24, she moves to the new world with her father and marries her first husband in the year 1884. In the years to come, she would give birth to four children and adopt a fifth child. At this point, her tale seems no different to anyone else of the era. 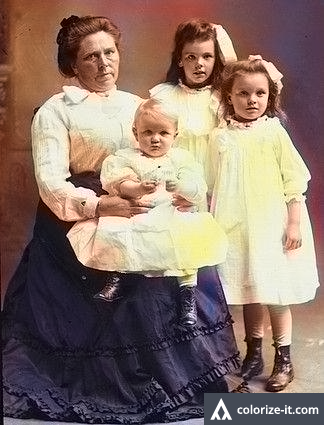 Although she did have one problem - and no, it was not her husband - at least not yet. But she was inflicted with a most unfortunate curse. Through acts of God or pure lousy luck, her properties tended to be on the extremely flammable side.

The couple owned a candy store that mysteriously burnt down to the ground, and only a few short years later, the home they had built together across 15 years also suddenly turned into ash. Her grief was considerably eased by her gradual attainment of the American Dream, by being well protected from loss in the form of lucrative insurance payouts.

She claimed he had come home with a headache, went for a lie-down, and later found him dead. The coroner interestingly enough initially ruled a verdict of strychnine poisoning, but Gunness's doctor overruled the decision and claimed heart failure was the cause. It was a windfall for the grieving widow. The unexpected blessing from the inheritance in the form of two life insurance payouts for her husbands' life eased her pains and even put her on a sound financial footing.

It added to the fortune she had already won after the tragic deaths of two of the couple's children, Caroline and Axel. They had already died in infancy of acute colitis, which although a common way for children to die at the time, also had similar symptoms to various forms of poisoning – vomiting, abdominal pain, fever, and so on. Fortunately for Belle, both baby's lives were insured, and the insurance company dutifully paid out the handsome bounties.

After all this tragedy, somehow Belle collected her life back together, and with the aid of the growing pile of insurance money, she bought a 40-acre property. Yet the curse that she labored under was not done with her yet. Before long, that property also burnt down, leading to yet another insurance claim. Once again, fate forced her to rebuild her life and her home, but at least she could restore the property in the manner she preferred.

Life gradually got better, and in 1902, she met and married her 2nd husband, Peter Gunness, who brought with him two daughters from a previous marriage. Tragically only one week into the marriage, Peter's 7-month-old daughter died unexpectedly. Peter, perhaps suspecting something was not quite right about the death, sent his 2nd daughter away to live with relatives. Destiny would prove that this was the only child to live with Belle, who would survive into adulthood.

Unfortunately for her second husband, Peter, tragedy struck a cruel fate at his expense. His misfortune was to be hit in the head by a sausage grinding machine that fell from a high shelf, or so the official story went. The coroner indicated that there appeared to be some evidence of strychnine poisoning, to which Belle resorted to the ultimate feminine weapon. Not poison - but tears, which few men can resist. Again she escaped with the benefit of the doubt and received yet another lucrative life insurance payout.

In 1906 her adopted daughter Jennie mysteriously disappeared, but Belle reassured anyone who asked after her, that she had been sent away to a finishing school.

From that point onward to her mysterious ending in1908, she would go in search of a new husband, placing ads in far-off newspapers seeking to lure wealthy men with her vast fortune.

"Personal—comely widow who owns a large farm in one of the finest districts in La Porte County, Indiana, desires to make the acquaintance of a gentleman equally well provided, with view of joining fortunes. No replies by letter considered unless sender is willing to follow answer with personal visit. Triflers need not apply."

Dozens of potential suitors would write and visit her. She received up to 8 letters a day and often went for carriage rides with well-to-do strangers. On such occasions, she would wear her most beautiful clothing, yet she never was able to settle down with any of them.

She would convince some of these men to sell their assets or give her gifts of money to discharge her debts so that they may be more wholly joined. Some of them disappeared from the face of the earth. Often the missing men were under instructions to tell no-one of their budding romance. Sometimes though, relatives would connect the dots and come looking for their lost ones at Belle's door. Generally, she would claim she either didn't know where they were, or they had returned to their home towns without so much as writing her a letter.

In December of 1907, Andrew Helgelien received a letter from Belle with the line, "Come prepared to stay forever." It was a prophecy destined to come true as he duly emptied his bank accounts, moved to Belle's farm, and his family never to see or hear from him again. 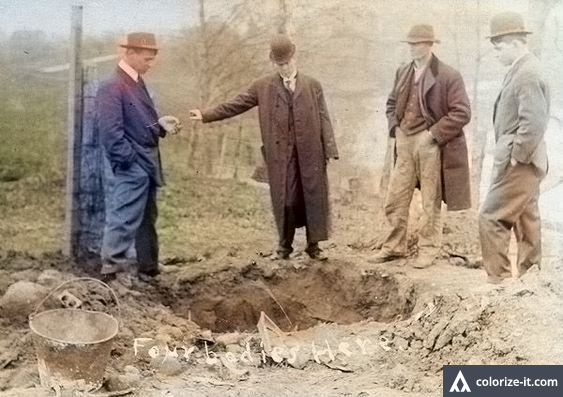 In 1908, Belle's curse would strike one more time with fatal consequences for herself. Once again, her house burnt down, but in this instance, there would be no insurance claim. The victims of the fire were Belle's three remaining children and the remains of a headless woman presumed to be Belle.

It was perplexing to the authorities, who initially believed a tragedy had occurred. But further investigation of the property revealed some disturbing finds. Amongst several shallow graves, the dismembered remains of at least 11 people were discovered, including those of Jennie, Belle's adopted daughter, whom everyone believed to be in finishing school.

Ominously, numerous body parts stored in sacks appeared to re-used as food for the pigs due to their proximity to the hog pen. With the number of men reported missing in the area reaching 25-30 men, Belle's speculative kill count is considered likely to exceed forty victims.

And how is one to explain the mystery of the headless corpse? Without the head of the victim, dental records could not be called on to identify the victim as Belle. Was Belle killed in the fire? Or did she arrange for a body double to take her place? Did she successfully fake her death before the authorities caught up with her?

For many years to come, there would be numerous reports of Belle sightings; sometimes, she was hiding in the woods near her home, other times on shopping trips in Chicago, or riding in a train carriage headed to New York, but nothing ever came of these reports.

Whether she died in the fire that night or not, Belle Gunness is an obvious example that predators come in all shapes and sizes. Despite some suspicions that occasionally swirled around her, she was never directly challenged or arrested, and in the end, may have successfully orchestrated her escape from ultimate justice by faking her death.

After all, many of the stories on our walking tours contain women perpetrators. The Sydney Razor Gang tour is the prime example of a tour that is almost an ode to strong women such as Tilly Devine and Kate Leigh, who ran the rival gangs in Sydney throughout the 1920s and 1930s.

Further analysis of the historical record reveals countless feminine serial killer examples with extremely high body counts. The stories are incredible, and we'll be sure to write further on these women in posts to come.

In the meantime, let us know if you'd like to hear more about serial killers from the past or more on Australia's Crime History specifically. Or else, join us on tour sometime and take a walk on the dark side, and return to the scenes of the crimes, on any of these true-crime walking tours:-