Every country has had one but rarely does anyone stop to consider how a person gets hired for the position of national hangman. If you ever happen to come on a Dark Stories True Crime Walking Tour in Sydney, or elsewhere for that matter, there's a reasonably high chance that you will hear a story about a hanging.

But did you ever imagine yourself, back in your school days, dreaming of becoming the head executioner in your state? How would your career advisor help you reach that goal? What electives could you take? What university should you attend? Then, after graduation, where would you apply? Is there some hangman recruitment agency to whom you could email your resume? Or, conversely, what if you were looking to hire someone for the job; where would you even begin to search?

Governor Phillip faced this exact problem at the very beginning of Sydney's fledgling colony life. Precisely one month and one day after the First Fleet arrived in Australia, there was an execution – the first in Australian history (we'll even walk past the spot as we meander through on one of our walking tours in Sydney). However, the hangman was a last-minute recruit and not a permanent appointee; it was a one-off contract. 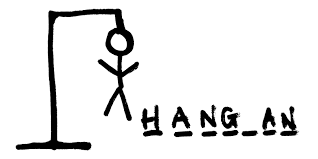 The position needed permanent filling, but no one wanted the job. The officers despised the role of hangman and refused to do it, and the convicts saw the position as the lowest of the low. So what was the Governor to do? Discipline at this early stage of the colony's life could have easily broken down, and so he needed to find an executioner, and he needed to do it quickly, to ensure that he wouldn't lose face nor control.

Then, in late February 1788, Governor Phillip found the solution to his problem.

The worst crime one could commit in the new colony concerned the government stores of food. The settlers had no way of knowing if or when resupplies might arrive, or whether the crops they were planting would even survive (spoiler alert, they didn't). They made it all around the world only to be immediately put on rations. Therefore, stealing food from the government stores was considered an offense worse than murder, and such crimes demanded severe repercussions. So when four convicts were found guilty of theft from the government stores they were condemned to die that very same day; justice was swift and severe.

But Governor Phillip still didn't have a hangman! Nevertheless, the execution ritual began, and the four men advanced under guard to the hanging tree. The first man was granted a reprieve and given lashes instead. Then the second man, James Freeman, was marched to the tree, and the hanging rope fastened around his neck. At the moment James expected to be launched into eternity, he received the offer of a full pardon, but only on the condition that he agree to take on the duty of executioner for as long as he remained in the country

James Freeman paused for a few moments, mustered his dignity, and agreed to accept the role. He was given a full pardon, on condition of taking the position for the remainder of his original 7-year sentence, and became a "free man" from that moment. Governor Phillip's strategy was successful, and he granted the remaining two men a reprieve, meaning James Freeman could take some time to get used to his new job.

On May 2nd, 1788, James Freeman executed his first man without any complaint from the unwilling customer. His first performance was a killer, and Governor Phillip's innovative new HR Recruitment strategy had proven to be successful.